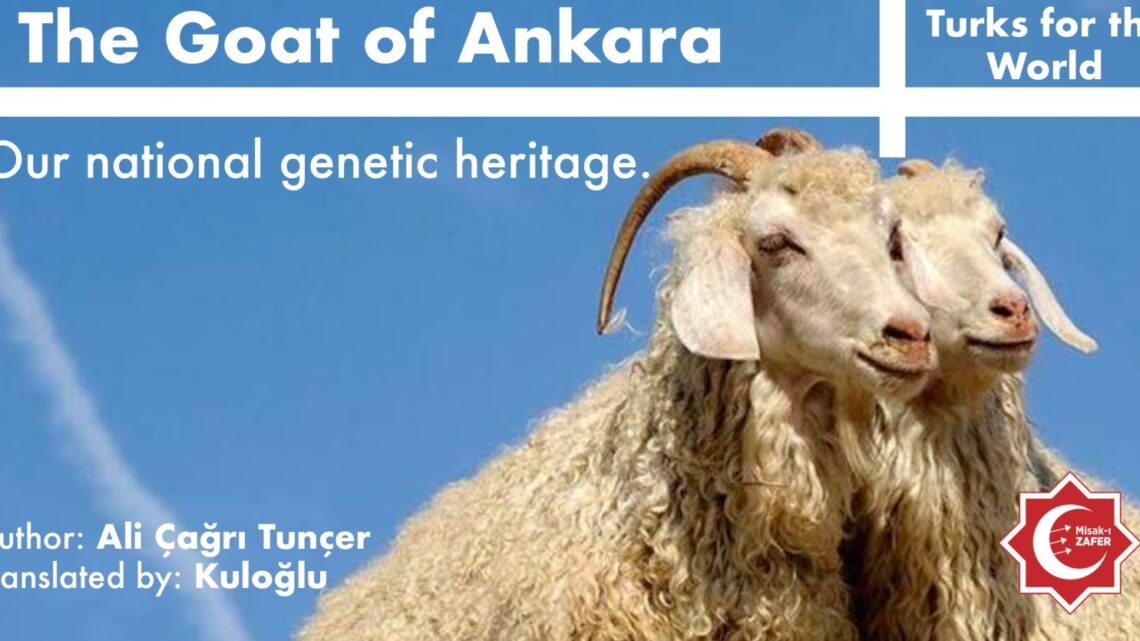 Mohair(tiftik) that known all over the world, has spread all over the world from our country. And it is the product of ANKARA GOAT. For this reason, this goat species is known as the Ankara Goat in the world literature. (Actually it is known as “angora goat” but the word Angora is the former name of the capital city Ankara in Turkey now. So these words are same mean.)

It is known that the Ankara goat was brought to Ankara’s surroundings from Middle Asia by the Turks centuries ago.It is known that this goat species gained today’s mohair properties by well compatible with the arid climate and soil of this region. The Ankara goat has preserved its characteristic of being an outstanding and characteristic income breed of Anatolia since then.

Until the mid-19th century Ankara goat was only grown in Turkey. Turkey was unrivaled in mohair fabric-mohair yarn production and export in the world .Mohair fabrics were known all over the world for their color variants, their mastery of design and their fineness. Many were being sold to Europe and Arab countries, especially England and the Netherlands.

The first transfer of the Ankara goat to South Africa coincides with 1838.ColonelHenderson, who was in the Indian army at that time, brought 12 goat sand 1 rootstock Ankara goat to Africa. The root stock goat and new born male kid formed the beginning of the South African Ankara Goat breeding and mohair industry.

With secret exporting in the 1880s, it was written that Ankara goats that brought to Port Elizabeth from Turkey were sold like beautiful captive girls in the markets established there. Also these goats that each with a value of 4 gold liras, were sold for 500 British liras by earls, dukes, palace members, farm owners and even antiques enthusiasts.

The first flight of the Ankara goat to the United States was in 1849, after it was taken to South Africa. In those years, on his return to Carolina, Dr. James B.Davis who came to Turkey to conduct studies related to cotton cultivation, brought 2 male goats and 7 female goats that selected by Sultan Mecit as a gift to James K. Polk who was the 11th president of the United States. These formed the basis of American Ankara Goat breeding.

Since the importance of the Ankara goat monopoly in our country’s economy has not been properly understood in the past, this allowed them to be taken out of the country easily and caused the USA and the Republic of South Africa to become serious competitors.