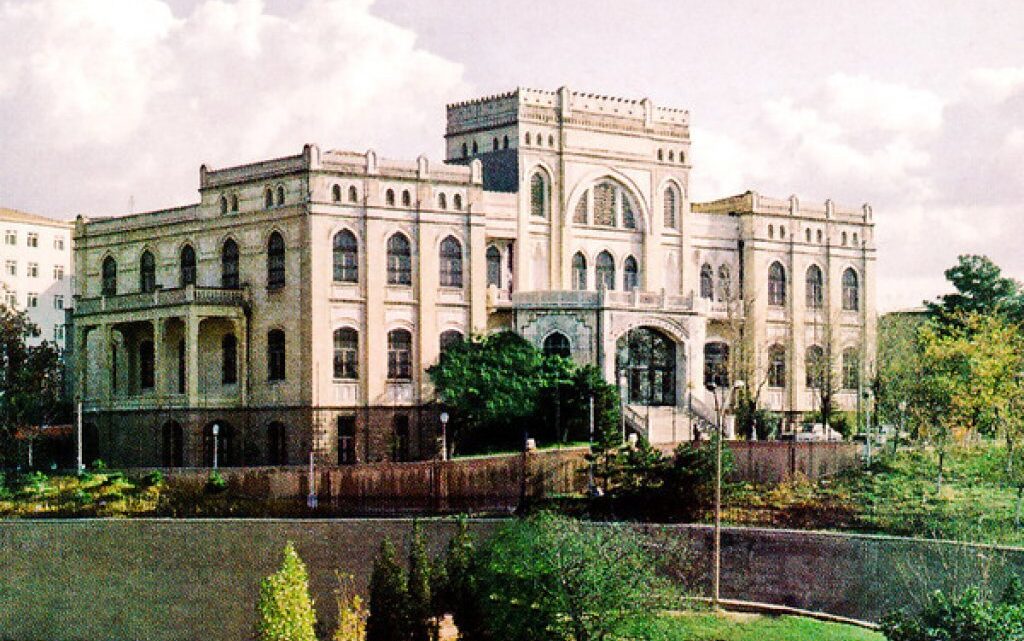 “Turkish Hearths is the oldest and largest non governmental organization since the establishment of the Republic of Turkey.”

In almost all modern countries, there are institutions that people who come together to achieve the same goal establish and manage. These goals are can be social, scientific, professional, sports-related etc. They work under the laws of their state or serve. Its main features are that managers and members do not earn a profit due to their work in these organizations, and they voluntarily perform their services. So we can characterize them as “volunteer organizations”.

Such organizations are also called “Non-Governmental Organizations (NGO)” today. This also shows that they are “unofficial”. These institutions, which have names such as associations, foundations, chambers, clubs, have an independent structure. They do not deal with politics. They’re not manipulated by any political party. However, they can cooperate with each other or with government agencies on issues related to their fields of study. In short, such organizations are essential elements of social life.

Our nation had the most typical examples of these volunteer organizations like Ahi Order and foundations coming from the depths of our history. The ones similar to those in the modern world were seen and multiplied in our country after Tanzimat. But some of these institutions cannot be long-lived. They close in a short time because they are either established to achieve a goal that will happen in a short time , or their managers and members are less interested. From this point of view, we can also define our country as a “cemetery of volunteer organizations”.

But also there are organizations who can survive for a hundred years or more than a hundred years. The “Turkish Hearth” established by those who belong to the ideal of Pan-Turkism defined as “to love and glorify the Turkish nation” is a striking example of this.

Turkish Hearth was officially established on March 25, 1912. However, the studies related to its establishment started and developed in 1911. In this regard, we can call it a 90-year “institution of volunteers”. The establishment of the Turkish Hearth was different from other organizations. It was not an ordinary organization formed by three or five people. It was a formation embodied by a youth initiative.

As it is known, separatist thoughts emerged in the Ottoman country after the declaration of the Tanzimat Edict. Then, in 1908, with the declaration of the Second Constitutional Era, disturbing movements and behavior began. Ethnic separatists within the state turned to an uprising and to break up the state. To prevent these, currents such as Ottomanism and Islamism were developed and put into practice, but it was understood in a short time that they would not be sufficient to protect national unity and country integrity. The Committee of Union and Progress represented a nationalist view. It could neither ensure political stability nor prevent separatist activities. This deeply upset the young intellectuals who dealt with the troubles of the country, and directed them to seek solutions to the problems of the country and the nation.

It was not enough for only intellectuals to know the problems and their problems. It was also necessary to attract the attention of the society. However, Turkish society, which formed the basis of the Ottoman state, was unaware of its national identity, and therefore could not show the necessary reaction to separatist behavior and actions. So studies that would introduce identity and self to the Turkish society and mobilize their national feelings were necessary. This would only be possible through the efforts and works of patriotic intellectuals with strong national awareness.       Such intellectuals had to come together under the roof of a “volunteer organization” to unite their hearts and forces.

In those years, the first important step of this idea was taken at the Military Medical School. 190 Military Medicine students who were interested in the problems of the country and the nation while studying medicine, attempted to organize a meeting to establish a “volunteer organization” to deal with the solution of these problems. On May 24, 1911, they wrote letters to the famous Turkishists of the time, many well-known poets and scientists, and formed a 21-member entrepreneur board.

Under the chairmanship of Fuat Sabit (Ağacık), a meeting was held with the members. Also, Mehmed Emin(Yurdakul) that a famous Turkist, Akcuraoglu Yusuf, M. Ali Tevfik (Yukselen), Emin Bülend (Serdaroglu) ve Agaoglu Ahmed Beglerin attended the meeting. In this meeting that held on July 3, 1911, it was decided to establish an organization that would spread and keep alive the idea of Turkism and its name would be “Turkish Hearth”. Therefore, the date of this meeting is considered as the “actual” establishment date of the Turkish Hearth.

Since it took quite a while to prepare the “Actual Ordinance” and the work program of the new association, the Turkish Hearths became operational on 25 March 1912. According to the Actual Ordinance that published in 1912, the aim of the Hearth was “to improve the national education and knowledge, social and economic levels of the Turks and to work for the language and culture of the Turkish nation”. In order to realize its purpose, the association “will open clubs with the name of the Turkish Hearth, and will organize lessons, conferences, institutions, books and treats, and try to open schools”. While the Turkish Quarry was trying to reach its goal, it would only stay on a national line and stay away from politics.

While the Turkish Hearths operated in its center in Istanbul, it also expanded its works by opening branches in certain cities, especially in Izmir. The number of branches increases to 25 in 1916 and to 35 in 1919. Since then, the Turkish Hearths organized open air meetings (Fatih and Sultanahmet public meetings etc.) and tried to mobilize the national feelings of the people. However, the occupying forces, which started to occupy the Ottoman Empire in accordance with the Treaty of Sevres, started to close the branches, especially in the center in Istanbul, of the Turkish Hearths. They banished some of their senior executives to Malta. Already most of the young members of the Hearths participated in the liberation struggle against the occupying forces. Therefore, actions of Turkish Hearths are suspended during the Independence War.

When the “National Struggle” ended with victories in 1922, the actions of the Turkish Hearth began again. The closed branches were reopened and many new ones joined with the support of Mustafa Kemal Pasha. Turkish Hearths were the main supporter and emissive of the reforms launched after the declaration of the Republic. The number of hearths opened during this period reached 141 in the beginning of 1928. In particular, many scientific and social meetings and cultural events were organized in the Headquarters, which was moved to Ankara during this period, and many works were published. Branches also tried to be beneficial to the society by establishing public schools, dispensaries and other social institutions with their own opportunities.

But this situation changed in the following years. Especially Turkish Hearths’s thoughts and activities for the Turks that living outside Turkey weren’t welcome by senior management officials. Because the Turkish government had political relations with the states that dominated the countries where they lived. This situation led to the closure of the Turkish Hearths. In the last (extraordinary) congress of the hearth on April 10, 1931, it was decided to terminate its legal entity with its 264 branches. With this decision, 141 pieces of properties of the Turkish Hearth and all of their cash assets were transferred to the Republican People’s Party. 32,000 members of the hearth were left homeless. Thus, the existence of the Turkish Hearth was temporarily terminated.

The second period of existence of the Turkish Hearths to date has started in 1949 after an 18-year break. With the Turkish Hearths Law, where Cemil Behçet, Hamdullah Suphi Tanrıöver, Dr. Hasan Ferit Cansever, Burhanettin Develioğlu, Ahmet Mazhar Akifoğlu, Dr. Fethi Erden, Ragıp Nurettin Ege, Tevfik Noyan and Cevat Mustafa Emecan were shown as the founders, the Turkish Hearth was reopened on 10 May 1949 in Istanbul. Starting to work successfully with the support of young people starting from 1954, the hearth turned to more effective works with the transfer of the Headquarters to Ankara in 1958. However, the hearth was shaken by the military coup of May 27, 1960. This situation did not last long and the hearth work continued to improve.

The Turkish Hearths also got its share from the right-left conflicts between the youth, which started in 1968 and until 1980. At the beginning of 1970, the building that he used with usufruct right was taken from the hands of the hearth. With the September 12, 1980 military coup that caused political, social and economic shocks in the whole country, the activities of all orgazinations in the country were stopped. Therefore, the Turkish Hearths was only able to start its activity again on April 15, 1984.

After this mandatory pause, the Turkish hearths recovered quickly with the efforts of Chairman Prof. Dr. Orhan Düzgüneş and his friends. It became one of the most active volunteer organizations in the country with new breakthroughs. Branches were reopened and new ones were added. From 1988 onwards, the Turkish Homeland (Türk Yurdu) magazine started to be published regularly. The same dedication to work was also shown by the administrations headed by subsequent Chairmans, Sadi Somuncuoğlu and Nuri Gürgür. In this last period, successful events were held at the Head Office.

Today, the works of the Turkish Hearths continue for the development of the Turkish nation. These activities continue, both by giving seminars that raise national awareness to young people with undergraduate-graduate education, and by giving public lectures every week to enlighten the whole society. In addition, the Turkish Hearths Headquarters maintains regular relationships with more than 50 branches in whole country. The hearths will always living until Turkish Republic fall…