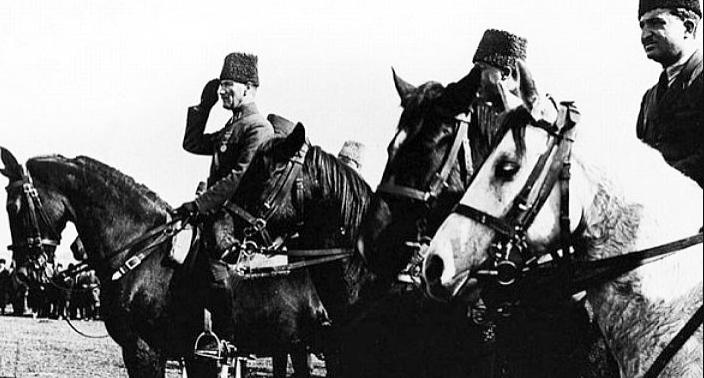 Breakpoint of a war, Cavalries.

For thousands of years, the influence of the Turkish cavalry in the wars that Turks entered has been great.We all familiar to the history of Major Assault at 26 August, but do we know the effect of Cavalries to the war ?

After the Battle of Sakarya, Mustafa Kemal Pasha was in idea of assault operations to get a result and he was making all of his plans according to this idea. It was discussed by the public that an attack would take a place but when, where and how  was not even known by the Turkish Grand National Assembly.

Mustafa Kemal, İsmet and Fevzi Pasha were working on a plan, essence of the plan  was raid and surround. After the plan gets its shape Mustafa Kemal, like his ancestor, was gathering the army commanders (war council) to consult. To do so counter-intelligence precaution had considered, the commanders would meet with the pretext of watching a football tournament held at the quarters. At this place plan told to them, it was based on a three principle. Raid, stealth and chase. According to this plan; enemy would be exterminated with a single stroke. To do that, Turkish forces would gather in  absolute silence in the face of enemy at south of Afyon. Çiğiltepe, which is about 40 km away from west of Afyon, was the main assault zone.

It is useful to mentioning about an important detail. After the Battle of Sakarya, Greeks had fortified the Afyon Kütahya Eskişehir line as a military base for 13 months. They were not expecting an attack from Turks but they thought that if Turks attack, it was impossible to get around these barricades.
A British delegation haded by Colonel Nerm visited these fortifications and prepared a report. According to report ‘’Turkish attack to these fortifications means committing a suicide, therefore if the Turks attack and could pass this front in six months, let them say they passed in six days.’’ Not only the British but also American military experts said that too.
That is exactly where the attack was. After the assault began, the 2nd Army would stall the enemy while 1st Army would cut the enemy front and prevent the withdrawal by closing the İzmir Road, the only way that enemy could save himself. The enemy would be destroyed by turning completely and anyone who wanted to stay or withdraw would be defeated. This plan was going to be called as ‘Wolf Trap’ .

Like it happens in tradition steppe wars, most important duty had given to Cavalry Corps as usual. Cavalry Corps Commander Fahrettin Pasha did his research on the area and learned that there is a path that only one man can pass and Greeks has not taken any precaution about this area. If the Greeks retreated in accordance with plan, cavalries could cut their back. 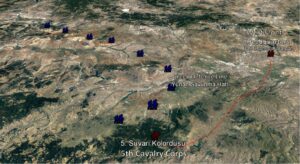 *Path that cavalries was going to take* 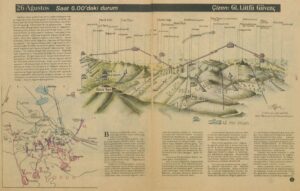 *General plan of the Assault*

Mustafa Kemal Pasha was in Ankara to follow all the developments during preparations and transfers. Everything was carried out with complete secrecy. As soon as he arrived the front line at 25 August, he commanded Anatolia to cut all of its contact with the world. Nobody understood what was going on. At 3 am on August 26, Mustafa Kemal made his last checks by going to Kocatepe, the war administration area. The attack started  at 04.30 wiht artillery fires. Than the infantry was thrown into Greek positions. 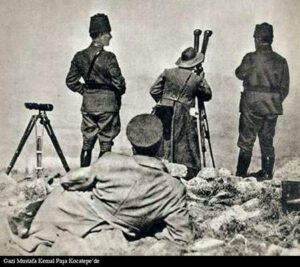 In the meantime, the biggest succes was recorded by the Turkish Cavalry units. The cavalry corps cut the enemy from behind by passing the passage at night. As the Cavalry arms cut all the lines, the communication between the army headquarters and the front was broken. Greek fronts ,which is said about that ‘’if the Turks attack and could pass this front in six months, let them say they passed in six days’’, were destroyed at 30 hours. After that for Greeks it was all retreat, but they were doing something unacceptable and burning all of the residental area. The Turkish army saw them and followed them more ambitiously. It was about 25 days to reach İzmir from Afyon under the conditions of that day but at the dawn of 9 September Turk Cavalries entered the İzmir. 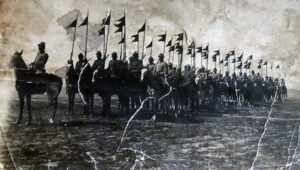 KategoriTarih Turks For The World