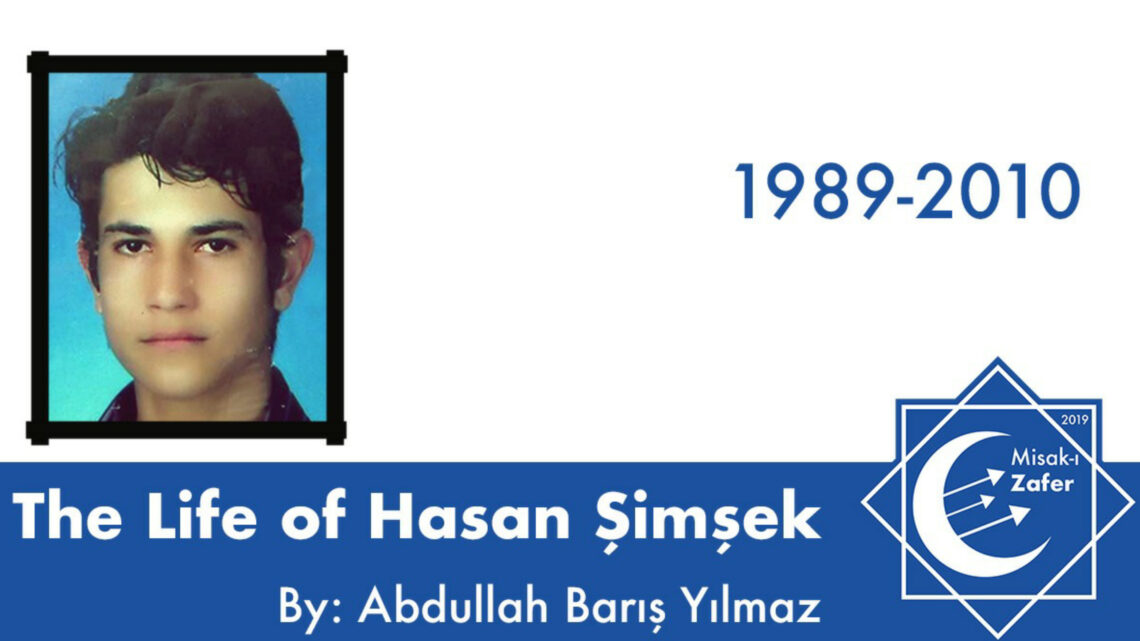 The Life of Hasan Şimşek

“Fight at the university: one student is dead”. This was how it was presented in the news headers. Hasan Şimşek was murdered by PKK terrorists. The news was just like a report of an ordinary fight, one of the young people hit the other a little hard, and Hasan Şimşek, who fell to the ground, hit the stone and died as if! It’s like a little accident. The accident is correct, but it was not a minor accident. It was an accident caused by the impudent politicians descending from the top of the Turkish State.

Martyr Hasan Şimşek was born in the village of Sevindik in Altıntaş, which is adistrict of Kütahya on 1989. On 2009, he started his university education in Kütahya Dumlupınar University Office Management Department. Unfortunately, Hasan Şimşek could not graduate from Dumlupınar University. The increasing tension at Dumlupınar University in Kütahya started with the permission of PKK sympathizers and members of the terrorist organization at the university. The state turned a condoned to these terrorists, who dragged educational institutions into anarchy, and expected a solution from these rotten human drafts.

In November 2010, Dumlupınar University witnessed various conflicts between terrorists and Turkish nationalists, and these conflicts reached their peak with the martyrdom of Hasan Şimşek. The murderer of Hasan Şimşek was the so-called student Mehmet Tuğrul, who allegedly attended the same class with Şimşek. He stabbed Hasan Şimşek 4 times, one of these blows came on Hasan Şimşek’s heart. Thereupon, the ambulance came to the scene and the efforts of the healthcare professionals unfortunately were not enough to save Hasan Şimşek. Mehmet Tuğrul, on the other hand, entered the prison where he belonged as a result of the court concluded in 2017. He was convicted of membership of a terrorist organization and sentenced to around 12 years in prison.

Today, some local and national focuses expect us Turkish Nationalists to forget what happened and remember our martyrs only on the anniversary of their death. When the solution process is mentioned, it bounces from topic to topic and acts as if nothing had happened. Even if we, Turkish Nationalists, silence today, tomorrow the facts of history will be remembered to future generations. The reason why I wrote the life of Martyr Hasan Şimşek is to write a note in history.

Unfortunately, there is no proper source about Hasan Şimşek’s life on the internet. I believe that I have paid my biggest debt to Hasan Şimşek on behalf of myself and that I have fulfilled my duty by compiling his scattered information on the internet. We will not allow Mehmet Tuğrul to wander around and we will not allow Hasan Şimşek’s name to be forgotten. We will remember. As Turkish Nationalists, we will remember what we have suffered since May 3, 1944.

In Turkey, murdered by the divisive and racist terrorists just because he loved the Turkish nation Hasan Simsek remember with compassion and respect.Today may be in fashion in Turkey if the Turkish nationalist price paid is thanks to our martyrs. I wish mercy to your souls. As a final word, I add a short part of Hasan Şimşek’s father, Mehmet Şimşek, from his speech at the grave of the martyr.

“I lost my son, whom we worked for 20 years. Nobody should discriminate in this country. There should be no Turkish-Kurdish discrimination. Everyone in this country lives under equal conditions and we have to live. May my son’s place be heaven. Thanks to the homeland.