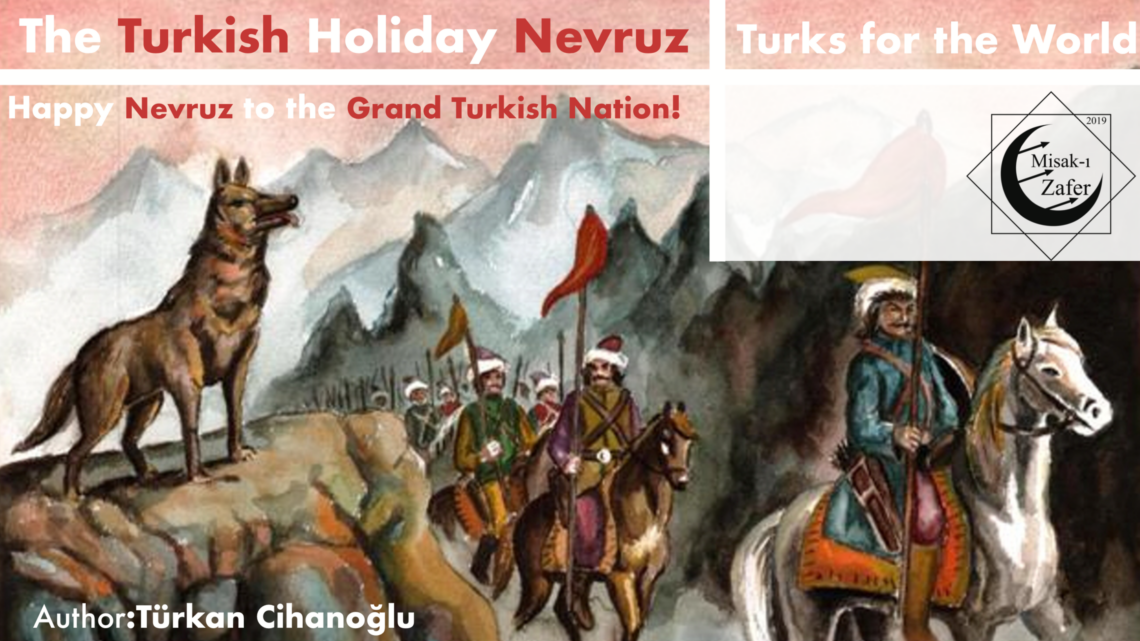 We have reached Nevruz, the oldest holiday of the Turks, where the arrival of spring, the awakening of the soil and nature is celebrated. Another name of Nevruz in Turkish culture is Ergenekon (this is also the name of a Turkish epic.). Nevruz, which is celebrated by the Turkish World with great enthusiasm, is the common holiday of the Turkic people, expresses the revival of nature and the resurrection. The greatest reason for feeling the pride and excitement of today is to see our brothers celebrating our feast on March 21 in Azerbaijan, Kyrgyzstan, Kazakhstan, Turkmenistan and in many more Turkish lands, and to know that I shared the excitement and happiness in the heart of a Turkish brother there.

More importantly, we were able to carry this holiday, a piece of my ancestors, that we read today in the stories of Dedem Korkut (a story teller, his stories are the oldest oral Turkish sources) that was written when the awareness of the nation was not yet formed.

Everyone should know that Nevruz is the holiday of Turks. Although its root is based on Turks before Islam, we can see this holiday celebrated by the Turks in the coming of spring both in the stories of Dedem Korkut and in the sources of many nations, like Chinese, that we have lived for centuries. It is possible to find a lot of information about the Nevruz traditions of Turks in historical sources. Some of these sources;

Even in the 12 Animal Turkish Calendar that Turks used until the acceptance of Islam, the beginning was based on March 21. Also, the beginning of the year was accepted as 21 March in the Celali Calendar prepared by the order of the Seljuk Sultan Melikşah. Although the roots is based on the Turks before Islam, in Ottoman Empire and Seljuks Nevruz was very important. It is known that the holiday of Nevruz was celebrated with traditional entertainments, special meals were cooked, special gifts were given in the Seljuks. Nevruz was celebrated during the Ottoman period. It is stated in various sources that the Ottoman Sultans accepted the Nevruz congratulations and that they joined the public and shared the joy of Nevruz, and these ceremonies attended by the sultan were given the name of Nevruz-ı Sultânî. Also, it is known that the pastes (macun) made of various spices called “Nevruziye”, were offered to public.

Although Turkish states, which were under the auspices of the Soviet Union, could not celebrate Nevruz in this period, they started to celebrate Nevruz as an official holiday after their independence. This event is the biggest indication that this holiday will be celebrated by the Turks forever.

When we look at many sources and the dates of these sources, we clearly see that Nevruz has passed from Turks to the nations that lived under the reign of Turks. Unfortunately, these nations today take advantage of unconsciousness of Turks and claim that it is their holiday. On this day, when we celebrate the awakening of nature, I wish to wake up all the Turks who are asleep and remind that the power we need is in the noble blood in our veins. HAPPY NEVRUZ GRAND TURKISH NATION!