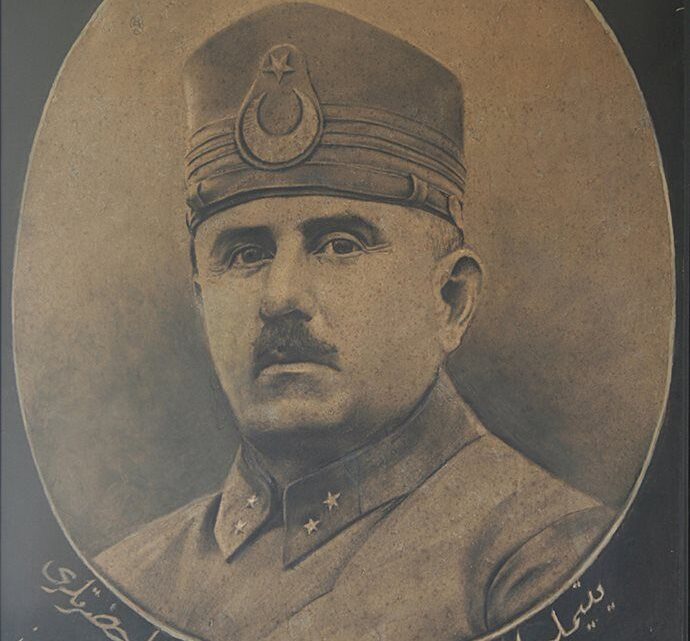 Conqueror of the East: Kazım KARABEKIR

The War of Independence helped Mustafa Kemal Atatürk, as commander in chief and a political leader, to start a small but independent state in the ruins of a great empire. But it also left a dozen problems for him to deal with in order to keep his position as the intended president of the new state. One of the major problems Atatürk confronted was the charisma of his fellow commanders. Although they had fought against the enemy altogether, they became political rivals after the war since many of them had political ambitions as their commander in chief. The 1920s can also be spotted as the era of political clashes among the victorious commanders of the War of Independence.

Constitutional monarchy was not unfamiliar to the competing commanders of the War of Independence. Besides, they had already decided to abolish monarchy and exiled the sultan and his family. So, they were totally alone to rule the country. However, they would have debates on several issues and there would be blood and suppression.

After a while, Atatürk’s brothers in arms became his political opponents. They mostly supported him as a supreme leader. Yet, some of them refused to grant him unlimited authority. So the first opponent political party of the Republic era was found in 1924 in order to defend the separation of powers. Atatürk and his iron-fist rule could not put up with the Progressive Republican Party because its chairman was Kazım Karabekir Pasha, perhaps the greatest military charisma of the War of Independence after Atatürk thanks to his field successes in eastern Turkey and his diplomatic talent in avoiding a fight with the newly-found Soviet Republic of Vladimir Lenin.

The Commander of the Eastern Front, Hero of the National Struggle and Politician Kazım Karabekir Pasha was born in 1882 in Kocamustafapaşa, Istanbul. His family was from the town of Gafariyat (now called Kazım Karabekir District) in Karaman. His father was Mehmed Emin Pasha. He volunteered at the Crimean War at the age of 16 and was injured in Silistra and Sevastopol Wars.

While Mehmed Emin Pasha was a major, he was the regimental commander of Kastamonu. Also He was the İskilip District Governor when he was a Lieutenant Colonel. Then he served in Hakkari, Van and Harput respectively. He died in an epidemic of cholera while he was the deputy governor in Mecca last.

The mother of Kâzım Karabekir Pasha was Hacı Havva Hanım. After Mehmet Emin Pasha died in Mecca in 1893, Havva Hanım returned to Istanbul and tried to raise them in the best way by being both mother and father to five sons. She died in Istanbul in 1917. Karabekir was the youngest of five brothers, others were Hamdi, Hilmi, Şevki and Hulusi, respectively.

Karabekir started his school life in neighborhood schools in eastern provinces during his father’s duty. Later, he graduated from Fatih Military Junior High School and Kuleli Military High School. He entered the Pangaltı Military Academy in 1900. Here he took German and Russian lessons. He graduated as top of the class with the rank of “Infantry Lieutenant”, on December 6, 1902. He also graduated from the Military Academy in 1905 before he joined the army with the rank of captain.

Karabekir, like many of his peers, was a member of the revolutionist Committee of Union and Progress (CUP). He founded a branch of the CUP in Manastir, where he began working after graduation, with the famous Enver. He moved to Istanbul in 1907 to work as a military teacher at the Higher Military School.

After the 1908 Revolution, Karabekir continued to serve as an officer in the army. He was a member of the 2nd Army staff during the March 31 incident, when the CUP took control and dethroned Abdülhamid II.

During his service in Edirne, Karabekir was promoted to the rank of major on 27 April 1912. He took part in the First Balkan War against Bulgarian forces, but was captured during the Battle of Edirne-Kale on 22 April 1913. He remained a POW until the armistice of 21 October 1913.

Before the outbreak of World War I, Karabekir served for a while in Constantinople and was then sent to some European countries like Austria, Germany, France and Switzerland. In July 1914, he returned home, as a world war was likely.

Back in Constantinople, Karabekir was assigned the chief of intelligence at the General Staff. Soon, he was promoted to lieutenant colonel. After a short time on the southeastern front, he was sent to the Dardanelles. As commander of the 14th Division, Karabekir fought in the Battle of Gallipoli in the summer months of 1915. In October 1915, he was appointed chief staff officer at the First Army in Istanbul.

He was commissioned to the Iraqi front to join the Sixth Army. For his success at Gallipoli, he was decorated in December 1915 both by the Ottoman and German Command, and was contemporaneously promoted to colonel. In April 1916, he took over the command of the 18th Corps, which gained a great victory over the British forces led by General Charles Townshend during the Siege of Kut-al Amara in Iraq.

Karabekir was appointed commander of the 2nd Corps on the Caucasian front and fought bitterly against the Russian and Armenian forces for almost ten months. In September 1917, he was promoted to brigadier general by a decree of the Sultan.

Karabekir’s reputation comes mostly from the fact that he saved eastern Anatolia provinces including Erzincan, Erzurum and Kars from the Russians at the end of World War I. The Russian troops were leaving eastern Anatolia after the communist revolution. However, they did not give the Ottoman troops the territories they had occupied easily. Instead, they left eastern Anatolia to the Armenian rebels, who were committing massacres against Ottoman civilians. Karabekir’s duty became serious as he fought against time under heavy conditions including winter weather, troop fatigue, famine and contagious diseases among civilians and the massacres committed by the Armenian gangs.

When the 1917-1918 winter was over, and spring came, Kazım Karabekir’s troops had saved most of the eastern Anatolia provinces. He is still remembered as a savior in such provinces as Erzincan, Erzurum, Kars and Ağrı.

Karabekir stayed in the east in order to continue fighting against the occupation. Though the 1918 armistice ordered him to give up the weapons of his army, he hid most of his weaponry. Besides, he kept his position in the east in order to prevent any invasion by the Georgians, Armenians and of course the Russians. He also served as the highest diplomat in the east against the commissioners of the newly-found Soviet regime. He succeeded in keeping the Artvin, Kars, Ardahan, Ağrı and Van provinces within Ottoman sovereignty.

Karabekir also played a critical role in the War of Independence. He invited Atatürk to Erzurum, where the Independence Movement held a big conference. Turks tried to keep the territories with the Muslim majority within the Ottoman sovereignty, and they held several congresses and meetings all around Anatolia.

When Atatürk succeeded in uniting the National Forces movement, he assigned Karabekir as the commander in chief at the eastern front, meaning that he was responsible for sweeping the Armenian gangs and to draw a new border with the Russians.

KARABEKIR PASHA IN THE POLITICS

After the Turks won the War of Independence and the regime was changed to a republic, Karabekir resigned from the People’s Party and became the chairman of the opponent Progressive Republican Party in 1924, which was shut down by Atatürk in 1925.

The Kemalist regime was harsh toward its opponents. The old CUP members and the members of the Progressive Republican Party were among the top targets of the single-party rule. Many prominent politicians and ex-commanders would be charged for a controversial case on an attempted assassination against Atatürk. Unfortunately, Karabekir was among the accused leaders though he was released from all charges. However, his political career was cut after that and he was under surveillance until Atatürk’s death.

He died in office at the age of 66 on 26 January 1948 in Ankara following a heart attack. His remains were later relocated to the Turkish State Cemetery in Ankara. Kâzım Karabekir was survived by his wife İclal and three daughters Hayat, Emel, and Timsal. The four-story mansion in the Erenköy quarter of Kadıköy district in Istanbul, where he lived for almost 15 years, was converted into a museum in 2005.

His situation during Atatürk’s presidency is still matter of controversy among Kemalists and Islamists. However it is also a fact that Karabekir Pasha who spent her life for the Turkish nation is very important personality for Turkish history. And he is still Conqueror of the East for us.