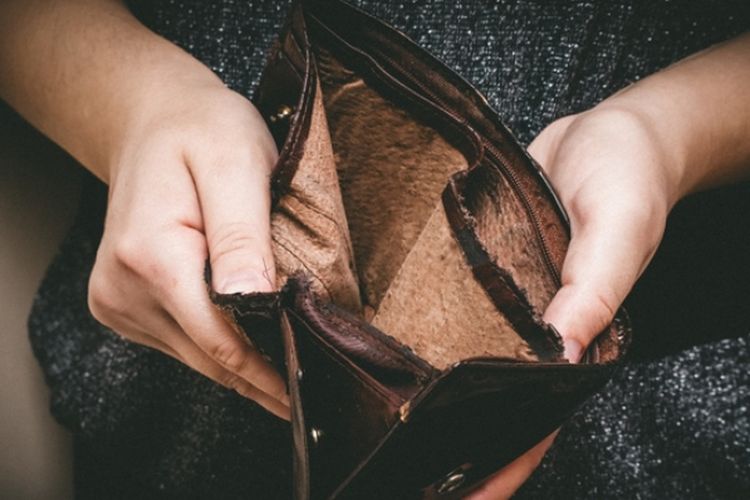 It means ınability to meet people’s needs. We can define poverty in two ways, narrow and broad. In the narrow sense, poverty refers to the situation of facing hunger and lack of shelter, whereas in the broad sense poverty means that the needs such as food, clothing and shelter are sufficient to sustain life but fall behind the general level of society.

It is the situation where the household or individual cannot reach the minimum welfare level that can sustain their lives. Therefore, in order to find the absolute poverty line, it requires the determination of the minimum consumption needs of individuals for their survival.

The ratio of the number of people who cannot reach minimum welfare to the total population. The relative poverty rate, based on income in Turkey was calculated as 13.9 percent in 2018.

It is the situation where individuals are below a certain ratio of the average welfare level of the society. According to the general level of society, individuals or households with income and expenditure below a certain limit are defined as relatively poor. Consumption or income level can be selected as a measure of welfare.

In countries that have realized urbanization largely through migration from rural to urban areas, urban poor and slums are largely identified to each other. Until recently, the squatter people were seen as ” peasants, ignorant, but willing to integrate with the city ” However, the slums, mostly in informal housing areas in their own home, the majority of their relatives and villagers living in solidarity and sharing with close neighbors; The poor of the city, which has a low-paid but secured job in the government office or private sector and sometimes working in the informal sector, is gradually disappearing nowadays.

Moving forward from the idea that the real owners of cities are the ones who live in them, there have been various works done in Turkey in the years, aiming to increase human rights and participation in urban development. In this extent, firstly, there is the need to talk about the “City Councils”, which represent the democratic structures and governance mechanisms where central and local administrations, chambers and civil society gather with a partnership mindset, where the problems of the city and its visions are determined on sustainable development principles basis, those being discussed and solutions being developed. With the purpose of active role-taking in the administration of a high-quality, livable city and the contribution to the city administration by various social groups, councils and work groups are being created, led by the youth and women councils. In addition to this, legal regulations are being done to increase public participation in urban development. According to Municipal Law, municipalities are able to apply programs directed towards the participation of volunteers in services related to health, education, sports, environment, social aid and support, libraries, parks, traffic and cultural services, and execute services for the elder, women and children, disabled and the poor. Also, in the Regulation for Voluntary Participation to Special Provincial Administration and Municipal Services dated 2005, the methods and principles related to the voluntary participation of dwellers in municipal services have been regulated. Besides, in the extent of the action which takes place in KENTGES related to the improvement of mechanisms regarding participation in urban transformation implementation processes, the participation of non-governmental organizations, chambers, universities, local authorities and inhabitants were foreseen to be provided via the creation of committees, information centers, mass communication tools and city councils.
To create an independent and effective appeal mechanism regarding the function of public services, “Ombudsman Institution” has been created to inspect, research and advice regarding all actions and functions of the authorities, taking into consideration the human rights-based justice approach, and good governance principles.

Human development is an achievable goal for all.

Since universality is the most important element of human development, human development must and must be achieved for all. Positive evidence in this area is encouraging. Until 2015, our world has overcome some of the challenges that seemed impossible to overcome 25 years ago. Although the world population increased by 2 billion in this period, in other words from 5.3 billion in 1990 to 7.3 billion in 2015, more than 1 billion people escaped from extreme poverty; 2.1 billion people have become more sanitary and more than 2.6 billion people have access to better drinking water resources.

Turkey’s HDI value in 2015 was 0.767. This value Turkey, was among 71 took part in the high human development category and 188 countries and regions. He shared the same ranking with Venezuela (Bolivar Republic).

Turkey’s place in the ranking is not acceptable for a country which is in the group of 20 (G20) . It is strange that it is at this level in terms of economy and being far behind in terms of human development. This may be due to income inequality.